The tale of a bard

Succinct. It can all go to hell, you understand… I have gone on and on about the minutiae of the speech. It is about the passion I reckon. Not about the accuracy. Or the veracity for that matter. Succinct. A horse it is this moment. I shall go farther than my roots. Mere sprouts they are. O if she could taste the sweat to come. Cross the land and the seas, cross them all off. A colour banner for the sons of God. Some are to reign. Some to cushion my steps. And some to die by the iron. Irony. I hear a roar. The growl of the heart. O if she saw the blood running down the world’s forehead. Hear me brothers and sisters. Deem me not the messiah, but your redeemer. Grant me your limbs and your future, so we all rise and beshadow the atrocity of past. Fear not but tremble. Cast out your hypocrisy and morality. Think not of the battle, just of the outcome. We are the dark and the light. I am your storm and your calm. Focus. Succinct. I will stand before history and replace. They will know my name. No one will be able to deny the turn of the wave I am. It can all go to hell, you understand. Yet God will look at me and smile. In derision. In surprise. In self-satisfaction. He will know my name. Off I go. Succinct.
Publicado por Joel R en 16:14:00 No hay comentarios:

Firecrackers were never much fun to me. The breeze-like silence of a late summer night was, pardon my poor eloquence, much valued as to rip it with a deafening piece of enthusiasm. I recall a night in specific when Hiram Abdullah (impossible name in a country like mine, which makes it real) threw one enormous firecracker in my direction as to awake me from my stubborn search of Jupiter. My telescope, amateur at best, was a poor tool for my endeavour. However, a false national identity never sat best with me. Besides, attempting to burst the neighbours' eardrum with a paper-and-gunpowder cocktail was barely exciting. So, I made do with the most accurate telescope my parents were able to afford. Hiram, a father of two and ideally trapped in a dead end marriage nowadays, frowned as if his brow could reach his lower lip every time I explained why I was determined to spot a planet that, in his opinion, I could not actually see. Inasmuch as he was somewhat right, philosophically speaking, it seemed a hundred times better an idea compared to what I then deemed as the idiot laughter of my peers while tomfoolerying in the streets.

Julio Vanderbilt (another impossible name) asked me once why I dared be so different, so distant, from them. He swore he was my brother, that he loved me as one of his own kin, yet he wondered hard how come I was unabashedly able to dismiss his company, his words and his experience in life, Whimsy, I contemptuously answered. It was not a lie. Those guys I grew up with bought me drinks, took me on their city journeys, and offered to pay for prostitutes for me. Nevertheless, they were a precarious tool I used to have some kind of social bond beyond my chats with the butcher and my barber (a decent man I believe to be the most agreeable person I have known), and to understand the world around me. Go play football with them, my mother would say when I sat by the radio listening to Bach. Go make friends and share with them some fresh air. I was not much into football or sharing fresh air for that matter. Go play baseball with them, she said. Just two games did they play, just two turns for me to show my quality. Hitting balls to death with a bat is incomprehensible to a large amount of men, let alone children, so lousy baseball was dropped. Go sit with them anyways, my mother would say every summer. I didn't. I sat by the window as to catch some breeze while Julio and Hiram threw firecrackers at dogs and passing cars, Meanwhile, my mother wondered how I was able to be myself and not feel alone. Because I'm looking for Jupiter, ma, and life is all about that kind search.
Publicado por Joel R en 9:48:00 No hay comentarios: 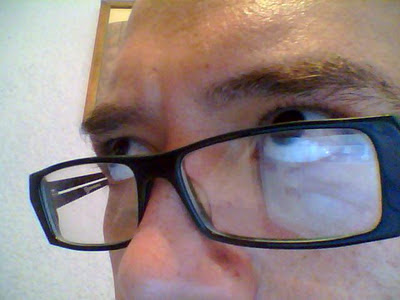 The group of friends that tumble upon

The ones who are not

Power to the red-haired people

And, once more, the joy around
Publicado por Joel R en 8:32:00 No hay comentarios:

Rain hat in the sun and sandals in the cold. Whimsy. There's no leftover word. Of course the fine gentleman I attempt to describe is far from real. Or at least that's what he would like you to believe. Blind faith. No commas or ifs or buts. Blind faith you must. He sits by the sea observing the sand slowly migrate from one side of the beach to the other. Thinks not of the reason, yet acknowledges. Hums. Hums and smiles. To be honest with you, he is oblivious of what is going on. It is not that he cares not: it's just that his life is too precious to waste about some billions of people who waste theirs brawling over superficial matters.
Publicado por Joel R en 8:05:00 No hay comentarios: